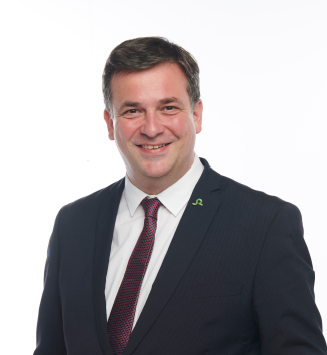 Kris Declercq, Mayor of the city of Roeselare (Belgium), will explore the place of government in his ‘OLD TOWNS | NEW FUTURES’ IHBC 2020 School topic on 19 June, so to better understand his role School delegates can explore his inspiration and success with some pre-School CPD, both below and on the School’s Speaker web page.

Kris obtained a LLM-degree (Master of Law) at the KULeuven and specialized in commercial and constitutional law at the University Of Stellenbosch (South Africa).  After practicing law for a number of years he took his first political steps at the cabinet of Minister Stefaan De Clerck and later as Deputy Head of Cabinet of Prime Minister Yves Leterme and also as advisor to Herman Van Rompuy, in the field of constitutional law and local government.

In 2016 Kris became mayor, focusing on retail and city-planning and inspired by the ideas of UK-retail specialist Bill Grimsey.

Faced with declining footfall and store closures Kris was inspired by The Grimsey Review and tailored the recommendations to Roeselare, setting in place a development plan to transform the town.

He is president of the ‘West-Vlaamse Intercommunale’, gathering 54 cities in Western Flanders.

A plan designed to revive British retailers is being put to good effect – on the streets of Belgium.

A 2013 report made a number of recommendations on how to help UK retailers, but the proposals were largely ignored.

But the city of Roeselare in Flanders picked up on the idea and is starting to see the benefits.

‘I was very inspired five years ago when I read the review,’ Mayor Kris Declercq told ITV News. ‘I needed some big reforms and shock therapy for our shop owners.’

The report, by retailer Bill Grimsey, made recommendations around areas including leadership, funding, business rates and parking.

Ideas put into action in Roeselare – home to around 60,000 people – include:

See more background on the planning:

See more on the Virtual School’s background and speakers

See more on the IHBC’s 2020 School, ‘Old Towns | New Futures’… Reflections and Speculations from a Global Pandemic, June 19 2020, at #IHBCVirtualSchool2020 and virtualschool2020.ihbc.org.uk