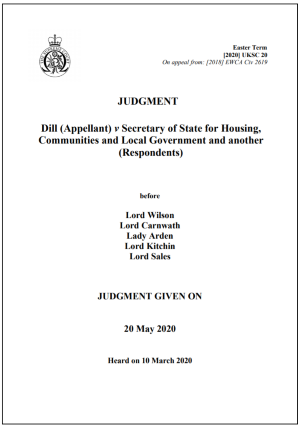 A substantial contribution to case law has been made in the context of a Supreme Court judgment relating to a pair of Grade II (GII) listed lead urns on pedestals at Idlicote House, Shipston-on-Stour, also listed GII, that had been sold and exported in 2009, and the IHBC’s legal panel, led by IHBC Vice Chair Lone le Vay, is reviewing the implications in advance of a more detailed conclusions.

Lone le Vay writes: ‘While the Institute is seeking detailed advice from the legal Panel as to the detailed implications, the main implications appear to be: