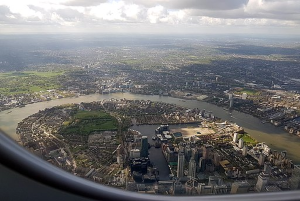 Newspaper tycoon Richard Desmond has been forced to suspend ambitious plans to redevelop his former Isle of Dogs printworks site in London with a vast luxury flats scheme.

The 1,500 flats Millwall waterfront plan has been put on hold after the government was forced to accept it “acted unlawfully” in a legal battle with Tower Hamlets Council over plans for five skyscraper towers

The council then initiated legal action against Jenrick in March, alleging that the timing of the decision appeared to show bias in deciding to allow the planning appeal.

The council asked the court to order the government to disclose documents that it argued would show the housing secretary was influenced by a desire to help the developer save money by avoiding the council’s revised Community Infrastructure Levy charges.

The Westferry Printworks decision was made just one day before the council adopted changes to its CIL levels, which would mean the developer had to pay between £30m and £50m more to the council.

Faced with the prospect of having to release documentation relating to the decision, Jenrick chose to allow the planning permission to be quashed.

Mayor John Biggs said: “We may never know what emails and memos the secretary of state received before making his decision and what influence they had, but his reluctance to disclose them speaks volumes.

“In siding with the developer, he went against not only the planning inspector but also the council’s Strategic Development Committee and the residents whose lives would be directly impacted by this scheme.

“I am grateful to our legal team for their work on this case and for successfully holding the government to account.

“We will continue to press for a scheme that meets the needs of the community on the Isle of Dogs in terms of height and density, the provision of adequate affordable housing and infrastructure delivery.”

Cllr Rachel Blake, Deputy Mayor and Cabinet Member for Planning, said: “This is great news for Tower Hamlets and I would like to pay tribute to the teams involved. We were shocked that in taking his decision, the secretary of state went against the government’s own planning inspector’s recommendation.

“The timing, which meant the developer would have been able to pay significantly lower infrastructure costs than if it had been made the following week, meant we had no choice but to challenge it through the courts.”

See the BBC report and the East London Advertiser