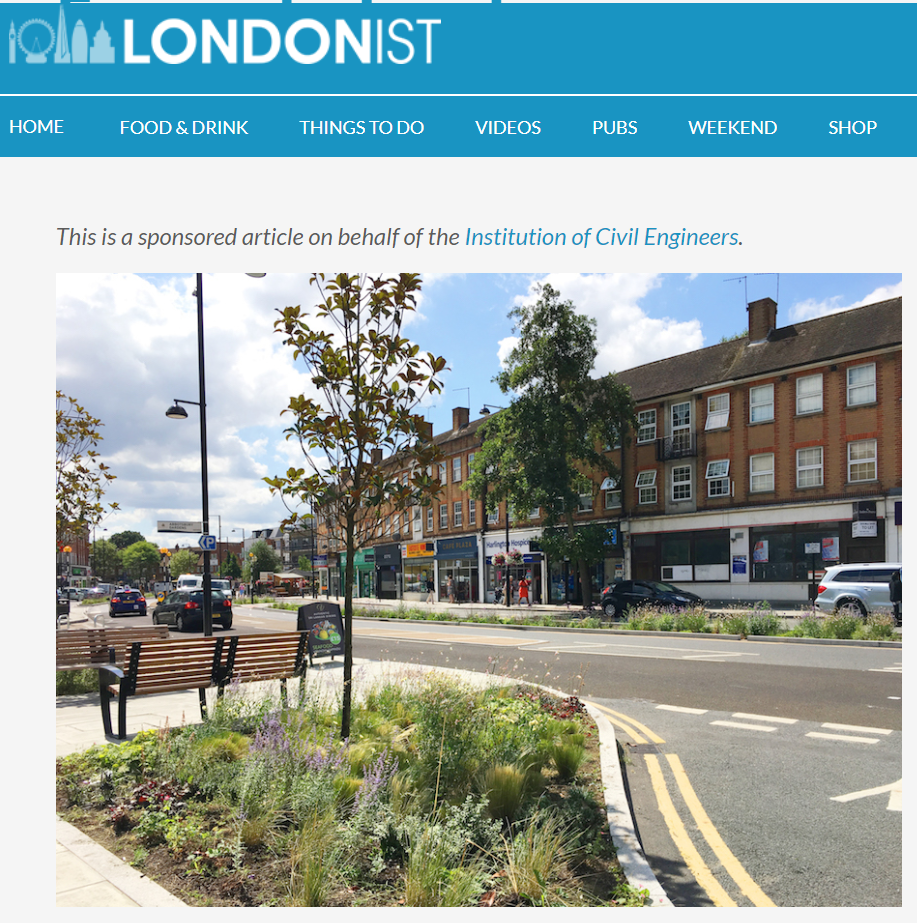 The Londonist asked readers to vote on the city’s ultimate civil engineering projects, and this year’s winner is… Eastcote Town Centre Improvement!

It was a close race. With 10 exciting finalists and almost 4,000 votes cast, the final tally saw a measly 170 votes between the top two projects. So who managed to nab the crown? Was it the highly intricate central London sewer? The 5* hotel that went underground? Tottenham’s recently revamped railway station?

Located in the London Borough of Hillingdon, Eastcote was a suburb with a problem — its topography left it vulnerable to flooding. A significant issue, but one which led to a sophisticated solution… rain gardens! Raised planters and beds, packed with drought-resistant plants, were introduced around the town centre as a sustainable drainage system. Not only has the project successfully reduced the risk of flooding from once a year to approximately once a decade, but the carefully considered planting offers year-round interest. Basically, there’ll always be something bloomin’ lovely in the beds.

Good for tackling flooding, good for residents and great for biodiversity — no wonder it’s a winner. Here’s what Project Manager, Samer Muhandes, said of the result:

“Implementing Sustainable Drainage Systems (SuDS) in Eastcote Town Centre is a great way of combating the effect of climate change and protecting the town centre from flooding. This project has also achieved multiple enhancements to the amenity and biodiversity of the area as well as improving the quality of surface water runoff being ultimately discharged to rivers. I am very glad and proud to see these rain gardens being used as educational features and that this project has been recognised by the Institution of Civil Engineers and the public. I hope to see more SuDS being implemented around the world to flatten the flashy runoff curve and tackle climate change.”

Any of the 10 finalists would have made worthy winners, but it’s heartening to see an initiative so dedicated to sustainability, as well as improving local lives, take the top spot.

Let’s not forget about the prize draw either. Three lucky people were chosen at random from the public vote to win an ICE commemorative book, goody bag and a private tour of the Institution’s headquarters at One Great George Street in Westminster. Jealous, us? Never! The winners are: Francesca Passino, Helen Costello, and a further winner who would prefer to remain anonymous. Congratulations (and please let us know what it’s like inside the beautiful One Great George Street!).