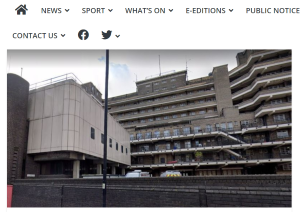 Plans to build a 26-storey and a 24-storey block on a former London fire brigade headquarters have been blocked by Robert Jenrick, Housing Communities and Local Government Secretary.

Housing, Communities and Local Government Robert Jenrick has “called in” the scheme for 8 Albert Embankment, Lambeth – so it will now be the subject of a planning inquiry.

Developer U+I wants to build 443 flats and a 200-room hotel as part of a revamp of Lambeth Fire Station and – with a new London Fire Brigade (LFB) Museum.

The site houses LFB’s 83-year-old former headquarters – but objectors, representing residents in nearby flats, are furious the loss of daylight they would suffer.

An online petition had gained 3,000 signatures, 10 times that of the comments of support on the planning application…..

A London Fire Brigade spokesperson said: “We are disappointed. ….

….We remain committed to this scheme which is an important part of our future.”

But Michael Ball of Waterloo Community Development Group said:”The LFB does not need a £500m development and three tower blocks simply to get a modernised fire station and a new site for the LFB museum!….”

….Lambeth’s planning committee in December said the benefits outweighed the potential negative impact – and the scheme was better than the one which is had replaced. It was approved on the casting vote of the chairman.