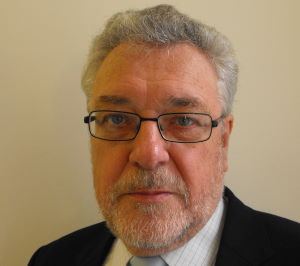 What kind of neighbourhoods characterise the rapidly growing cities of Asia and Africa, and how do they contribute to – or lead us away from – achieving the 2016-30 Sustainable Development Goals?  These fundamental questions underpin the Sustainable, Healthy and Learning Cities research project. I am writing this blog in New Delhi, where I have been chairing the Research Advisory Committee for the project. Led by a team at University of Glasgow headed by Professor Ya Ping Wang, are partners from seven other countries. These are South Africa, Tanzania, Rwanda, India, Bangladesh, China and the Philippines. In each of these seven countries two cities are being studied – one that is large and one that is much smaller. This enables multiple comparisons to be made. The research is funded by the UK’s Global Challenges Research Fund.

Is planning a force for liberation and transformation or something that helps lock people into privilege and into poverty?

I spent a day hearing presentations on progress so far, and a rich picture emerged. Remote sensing reveals just how dramatically these cities are growing. Over the past 20 years the built up area has extended enormously, eating up farms and forests and draining water courses, often without any effective planning to conserve the natural environment, let alone to anticipate the risks from the climate emergency.

In other situations where there are more constraints, significant intensification is occurring. This is the case, for example, in Cape Town, where the legacy of apartheid remains strongly imprinted in the socio-spatial structure of the city, but also in its relatively strong planning system. In the Cape Flats, the township area distant from the main centres of employment, the post-apartheid era has seen upgrading of essential services, but jobs remain frustratingly difficult to access for many poor people. Back-building of shacks in the spaces behind the township houses can bring in income from rentals, often to new migrants desperate to escape rural poverty and climate disasters elsewhere in Africa. In the old part of Manilla, where sites for building are very limited, the poor have found refuge along beaches, in an old cinema or in cemeteries.

At the other end of the income scale are the gated communities, which are the other significant type of neighbourhood that has emerged in the last quarter of a century. For example in Dar es Salaam there is Masaki, a planned low-density area, up market place to live. All-weather roads provide it with connectivity to other parts of the city. It has 6 health care facilities which are privately owned, most of them are hospitals; these are expensive for moderate middle and low income earners. Education facilities are also good.

Can progressive change be achieved by working with markets, or are market-based access to places and services a barrier that need to be challenged?

In some senses, none of this should be a surprise to readers of this blog. What matters is that these two extremes – planned gated neighbourhoods for high income groups and unplanned slum-led urbanisation for the poor – are the 21st century urban dynamic. The pressures they create impact on other types of neighbourhood within the city and on the rural-urban fringe. They matter for equity, for social tensions, and for environmental sustainability. They raise the very fundamental question of just who is planning for? The presumed ‘public interest’ ethos of planning looks bare if only the rich enjoy the benefits that planning of the built and natural environment can confer, and the premium this creates for land and property in market economies. How much longer can the planning profession divert its collective eyes from this stark reality. As we argued in the book Leading Change business as usual can no longer be an option in an urban world facing a climate crisis and widening gaps between the rich and the poor, not just between cities but within the same city.

Is planning a force for liberation and transformation or something that helps lock people into privilege and into poverty? How does planning – and other public policy sectors like health and education – address these urgent challenges strategically but also at the neighbourhood scale? Can progressive change be achieved by working with markets, or are market-based access to places and services a barrier that need to be challenged?

See more on Cliff and the other 2020 Virtual School speakers