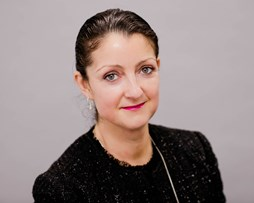 RTPI Chief Executive Victoria Hills issued an open letter in response to announcements by Westminster about a ‘radical overhaul’ of England’s planning system.

The planner-bashing rhetoric coming out of government this week has deeply concerned me – not only on behalf of the planning industry but also on behalf of every single community in the UK.

This not-so-subtle attempt to tarnish the reputation of planning in order to pave the way for the “overhaul of the planning system” is dangerous to say the least.

Most notably Boris Johnson, in his speech on Tuesday, gave very little detail on how he intends to meet 2050 net zero carbon targets as part of his build, build, build strategy. The silence on retrofit was deafening. It will take more than planting trees to achieve this and unfortunately, if he does not give this more consideration, he will fail, fail, fail.

That’s why the RTPI has launched its Plan The World We Need campaign to ensure that planners are at the centre of a sustainable, resilient and inclusive recovery post-COVID-19. We must plan, plan, plan the communities we live in. The coronavirus pandemic has highlighted the huge inequalities in our society and laid bare the profound effect that a decade of austerity has had on local authorities and some of our poorest communities.

The prime minister won the last one election on a promise to level up the country.

He must do this by utilising the expertise of spatial planners. And Project Speed must not come at the expense of the health and wellbeing of our communities or the climate and environment.

Planners ensure communities are involved in decisions that directly affect them. They make sure that communities have easy access to open green spaces and public transport links. They are our best hope in the drive to make sure carbon-free material is used to build houses, and energy efficient systems are installed. With limited social housing grants, planners are also a key to ensuring affordable housing is part of any development.  Chartered planners abide by a strict code of ethical conduct and professional standards and work “for the benefit of the public”.   Planners protect Green Belts and ensure appropriate infrastructure arrives before new homes are built. By-passing the planning system for speed, efficiency and cost-saving results in sub-standard homes and removes the democratic rights of communities to input to local development.

Without proper planning, developers will be given carte blanche to build in places which perpetuate car dependency and health-sapping deprivation, or deny neighbours of sunlight and daylight, erect tall buildings in the wrong places, houses in areas that may give little consideration to the health and wellbeing of the people who will live in them.

The delays in the planning system are nothing to do with either newts or planners. Housing charity Shelter said 280,000 home were given planning permission in England between 2011 and 2016 but were never built. In 2017-18 382,997 applications were granted – more than enough to meet the government’s target of 300,000 new homes a year. Indeed, asked by Nick Robinson on BBC Radio 4’s Today programme for one example of where planners had slowed down development, Business Secretary Alok Sharma, was unable to answer.

And in his Independent report on house-building in October 2018, Conservative MP Oliver Letwin also found that the planning system was not a barrier.

Our Plan The World We Need campaign calls on the government to harness the expertise of planners to ensure a holistic approach. Housing is a key issue, yes, but priority must also be given to decarbonisation and climate resilience, design and beauty, connectivity and accessibility, wellbeing and public health, as well as economic growth.

Lockdown exposed the failures of Permitted Development Rights (PDRs), introduced by the coalition government as a temporary measure in the last recession , which allowed all (not just empty) office blocks to be converted into flats. Some of these developments have been described as modern-day slums which have had a detrimental effect on the mental and physical health of some of the most vulnerable in society. Some developers gave little or no consideration to natural light requirements, the size of living space, access to green space or local facilities. Residents literally became prisoners in their own homes.

And had these development come before a planning committee they would not have been approved for the very reasons stated above. This is not because planning is over-bureaucratic, cumbersome, appalling or any of the other negative adjectives attributed to it this week by the government; this is because the planning system is a safety belt against bad practice.

Sweeping away the planning system is not the answer. Planners are not a barrier, they are a facilitator of healthy, happy sustainable communities. That is not to say that efficiencies and improvements cannot be made – the RTPI believes that technology should be harnessed to foster more efficient and inclusive planning, all planning documents should be machine-readable, terminology and processes across government should be standardised and investment in open source tools should be made.

We welcome increased funding in infrastructure and affordable housing, to which should be added a major grants programme to stimulate housebuilding by councils and housing associations. We also recommend that chief planning officers become a statutory position to enable better coordination of this investment.

A decade of austerity has stripped bare planning departments across the land leaving them under-resourced and overwhelmed. I caution the government to consider very carefully the contents of its forthcoming Policy Paper and to remember that failing to plan is planning to fail.

Let’s address 21st century issues together with long-term strategic planning to integrate economic, infrastructure and environmental priorities. Let’s plan the world we need and build back better for the benefit of all.