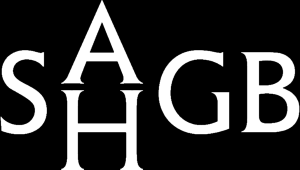 The shortlists for two of the most important prizes in architectural history – the Alice Davis Hitchcock Medallion and the Colvin Prize – have been revealed by the Society of Architectural Historians of Great Britain (SAHGB).

The Alice Davis Hitchcock Medallion is awarded to a monograph that makes an outstanding contribution to the study of architectural history – previous winners include Howard Colvin, Dorothy Stroud, John Summerson, Nikolaus Pevsner, Hermione Hobhouse and Jill Lever. The Colvin Prize, established in 2017, is awarded to an outstanding work of reference of value to the discipline irrespective of format.

The shortlists for both awards are below, and encompass a wide range of subjects and approaches to architectural history, ranging from the culture of church building in Stuart England and the historiographies of the Bauhaus, to architecture in global socialism and oral history in architectural research, and much more. The winners will be selected in the autumn and announced at the Society’s Annual Lecture and Awards Ceremony – the date for this event will be confirmed shortly.

The awards are overseen by the SAHGB to reward work that is innovative, ambitious and rigorous in tackling histories of the built environment as broadly conceived. The SAHGB’s awards programme, which also includes the Hawksmoor Essay Medal and the James Morris Prize, is open and inclusive wherever possible, celebrating diversity of approach.

Anne-Françoise Morel, Glorious Temples or Babylonic Whores: The Culture of Church Building in Stuart England through the Lens of Consecration Sermons (Brill)

The Alice Davis Hitchcock Medallion – awarded since 1959 – is given annually to the author of a literary work that provides an outstanding contribution to the study of architectural history. The work must be by a British author (or authors), or deal with an aspect of the architectural history of the British Isles or the Commonwealth. The award is named after the mother of the American architectural historian Henry Russell-Hitchcock, and the medallion consists of a Wedgwood portrait of James ‘Athenian’ Stuart. It was presented to the SAHGB general meeting in 1959.

For further information, including criteria, eligibility and nomination form, please see the Awards page. For a list of previous winners, please contact the SAHGB at info@sahgb.org.uk.

The Colvin Prize is awarded annually to the author or authors of an outstanding work of reference that relates to the field of architectural history, broadly conceived. All modes of publication are eligible, including catalogues, gazetteers, digital databases and online resources. It is named in honour of Sir Howard Colvin, a former president of the Society, and one of the most eminent scholars in architectural history of the twentieth century. The prize was inaugurated in 2017, winners receive a commemorative medal designed by contemporary medallist Abigail Burt.

For further information, including criteria, eligibility and nomination form, please see our Awards page. For a list of previous winners, please contact the SAHGB at info@sahgb.org.uk.