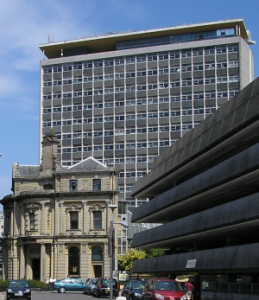 The RTPI has congratulated Paul Barnard MRTPI who has been presented with the RTPI’s Gold Medal during a virtual meeting of the Institute’s General Assembly.

It was announced in December that Paul, Plymouth City Council’s service director for strategic planning and infrastructure, would be presented with the award for ‘exceptional achievement in the field of town and country planning’.

Addressing General Assembly members, Paul said: “It’s an honour to receive the RTPI Gold Medal in recognition of the importance of public sector planning and the innovation shown within local government.

“In Plymouth, we strongly believe in proactive, positive planning and I feel most privileged to have been part of Plymouth’s planning journey since 1991.

“Planning is one of the most valuable and positive activities that we can undertake as a society, so it’s truly humbling to be only the 16th town planner to receive this prestigious award.”

She said: “This award recognises Paul Barnard as an exceptional town planner, whose leadership, planning expertise, ability to innovate and sheer determination have resulted in planning services at Plymouth City Council now being considered amongst the best in the country.”

The RTPI Gold Medal is awarded at the discretion of the Board of Trustees. It is international and is open to all classes of membership. Since it was first awarded in 1953, recipients have included such planning luminaries as Sir Terry Farrell, Sir Peter Hall and Sir Patrick Abercrombie.