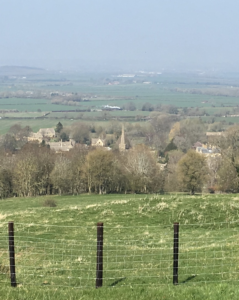 The ‘Don’t Lose Your Way campaign’ from Ramblers at the Heart of Walking (Ramblers) has found 49,138 miles of rights of way missing from the definitive map in England and Wales, which it is now racing to save by 2026, when the new definitive map is due.

…49,138 miles of historic paths … are missing… we risk losing them forever…

… mapping project… a true picture of the scale of missing paths…

Ramblers at the Heart of Walking writes:

49,138 miles of historic paths – enough to stretch around the world nearly twice – are missing from official maps in England and Wales, the Ramblers reveals today. These paths are a vital part of our heritage, describing how people have travelled over the centuries within their communities and beyond, yet if they are not claimed for inclusion on the definitive map (the legal record of rights of way) by January 2026, we risk losing them forever. At a time when more than ever, we recognise the importance of being able to easily access green space and connect with nature, it is vital that we create better walking routes to enable everyone to explore the countryside and our towns and cities on foot.

This follows a mass ‘citizen geography’ project launched in February this year – part of the Ramblers’ Don’t Lose Your Way campaign – which saw thousands of volunteers join forces to find all these lost rights of way.

In the most comprehensive survey of lost rights of way to date, thousands of volunteers searched 154,000 one-kilometre squares using the Ramblers’ bespoke online mapping site and found that there are nearly five times as many missing paths as the initial estimate of 10,000 miles. However, after the Government cut-off date of January 2026, it will no longer be possible to add paths to the definitive map based on historic evidence, meaning our right to access them will not be protected for the future. More than a fifth of the lost paths found are in the South West of England (over 9,000 miles) with Devon topping the list of counties with the most missing rights of way, while the West Midlands had the highest density of lost paths to potentially be added to the map. (Please see below.)

“The amazing response we had from the public to help us search for missing rights of way just goes to show what an important place our path network holds in the hearts of so many of us. By getting the most useful of these paths back on the map, we will not only be saving a little bit of our history, we’ll also be able to improve the existing network, creating new and better walking routes, enabling more of us to more easily enjoy the outdoors.”

Recent research by YouGov for the Ramblers has shown that being able to walk to and access nature and green space close to where we live is more important to us than ever following the COVID-19 lockdown, with 60% saying that more or better walking routes near where they live would improve their quality of life.

Jack added: “As we increasingly recognise the huge benefits of being able to easily get outdoors and access nature, saving these paths takes on an even greater urgency. With just five years to go, it’s more important than ever to protect this precious asset for generations to come. We are asking the public to help us to save these paths and our Crowdfunder has been generously kickstarted by Cotswold Outdoor, with a contribution of £10,000.”

The mapping project has for the first time given the Ramblers a true picture of the scale of missing paths, enabling them to start prioritising paths that would be the most useful additions to the definitive map, research the historic evidence and make applications to local authorities to add them to the map. Once legally recorded as rights of way, and added to the definitive map, they are protected under the law for people to use and enjoy forever. If successfully claimed the missing paths will have the potential to increase the path network in England and Wales by up to a third.

John Bainbridge, a path campaigner and Ramblers volunteer, explained why he felt it was important to get involved:

“Paths are my passion, but like many walkers I took them for granted in the early days. Walk a path and you are walking in the steps of countless generations, who walked the same way for work or pleasure. Yet these paths could so easily slip away and it’s only when things have gone that people tend to regret what they’ve lost.”

“I knew there were quite a lot of paths that weren’t on the definitive map but I hadn’t realised how many. We’ve got to get out there, find the historic evidence for these paths, and save them. It’s going to be a massive, massive job, and we really need as many people as possible to get involved, in whatever way they can.”