IHBC’s President calls for examples of ‘good, bad and indifferent’ Heritage Statements’ for HE guidance review 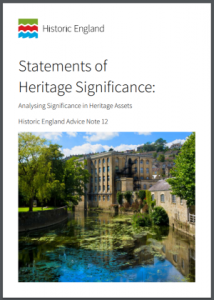 IHBC President Mike Brown has called out to members practicing in England for examples of good, bad and indifferent Heritage Statements to inform Historic England’s (HE) review of its guidance.

Mike Brown, President of the IHBC, has called out to members practicing in England for examples of good, bad and indifferent Heritage Statements.

Mike Brown said: ‘Members will recall that Historic England produced its Historic Environment Advice Note 12 about a year ago, encouraging their use to support LBC applications and providing guidance as to their form and content.‘

‘While this was a major achievement for those working in Building Conservation it was less well received by the archaeology world.  Of necessity, the HEAN was also constrained by the current wording of the National Planning Policy Framework (NPPF) and could not encourage the use of Heritage Statements to cover the full design process.  Historic England has decided to review the document to assess how well it is working and are looking for evidence to inform that review.

‘I appeal to members for examples they have written as agents or have received in their capacity as LPA Conservation Officers.’

‘Please forward examples to president@ihbc.org.uk with a brief summary of what you believe it demonstrates.  If you have wider comments to make, please do.  I should be clear that all evidence received will be forwarded to Historic England.’

Please forward any examples to President@ihbc.org.uk