IHBC’s IMHO Signpost: Greg Clark via RICS – ‘Has the world left Europe behind?’ 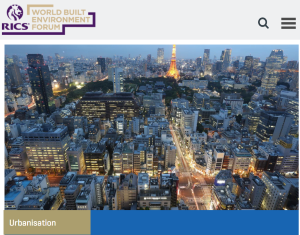 An opinion piece column for RICS by Greg Clark – urbanist and author of ‘The Planet Cities – explores how ‘good governance in cities pays dividends’ and how cities can leverage hard and soft powers to compete in the global game.

… proactive steps to stimulate and marshal a return to urbanised life…

… what is the position and role of Europe’s cities?…

As I wrote in my Planet of Cities column Business Districts as Usual? in October 2020, different parts of the world are in distinctive cycles with the pandemic itself. Whereas some are largely free of COVID-19 and their city centres active again, others are still in full lockdown. In certain places, leaders are taking proactive steps to stimulate and marshal a return to urbanised life. Elsewhere, it has been left to the market. Whether the metropolis will eventually be “unbundled” by the combined effects of platform technologies and the multiple, uncoordinated individual choices of employers, workers, consumers and tourists, is being left to chance.

I think we all know which countries are responding in which ways. For an urbanist, it is always a surprise to observe the actions of the ‘city agnostics’. They dissent from the view that the city creates and fosters public goods through its sharing systems and platforms, and thus should be nurtured and protected. This sense of surprise leads me to ask an obvious question. If Asian cities are decidedly on the comeback trail, and North American cities very much still in the grip of the virus, what is the position and role of Europe’s cities?

To my mind there is an over-shadowing problem that we need to address first. For perhaps a decade, Europe’s cities have been characterised as suffering from a series of structural problems that render them increasingly irrelevant on the global stage. In summary, this narrative alleges that Europe’s cities are simply too small, and are home to ageing populations….

…This narrative alleges that, these days, they are rarely more than university towns, open-air museums and holiday destinations.

By contrast, Asian Cities are bigger, better managed, and benefit from major investment… While these views are largely unspoken here in Europe, they are commonly held, and often explicitly voiced, around the world.

But are they accurate?

Certainly, when it comes to the size and demographics of Europe’s cities, there is no doubting the numbers. The accusation of fragmented governance also rings true. But does the whole picture amount to a permanent disadvantage? I am not so sure….

We are entering into a new cycle of scalable experiments….

In this context, Europe’s cities are not laggards. In fact, they have a singular advantage. Such examples of agility, experimentation and reform are only possible at scale in places with high social capital and trust. They require more than simple popular consent; they call on citizens to be active agents in the process of change.

Europe’s cities have, by some distance, the highest social capital of any continental grouping. It is perhaps because of this that Europe’s cities have for several decades led the agenda on climate, resilience, placemaking, public and active transport, affordable housing, culture and identity. Social capital is reinforced and reproduced by the sense of belonging that is fostered by cultural institutions, accessible public space, shared transport systems, heritage protection, neighbourliness and civic life. It is in the DNA of Europe’s cities, most of which pre-date nation states and have centuries-old trade and cultural relationships that extend far beyond national borders.

“Social capital is reinforced and reproduced by the sense of belonging that is fostered by cultural institutions, accessible public space, shared transport systems, heritage protection, neighbourliness and civic life. It is in the DNA of Europe’s cities.”

This is not to say that Europe’s cities have achieved any kind of perfection – there are very many ailments to be remedied and deficits to be repaid. But when it comes to social capital, Europe’s cities are more abundantly supplied than their Asian and North American counterparts – though the gap may be narrowing….