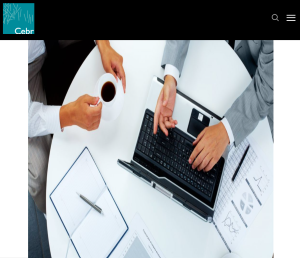 New research calculates that the pandemic has resulted in £11.9 billion of displaced city centre spending, as many workers left offices for homeworking, with cities set to see employment hub spending drop £322M a month.

… amount we estimate that workers would have otherwise spent….near employment hubs…

… there could be potentially fatal consequences…

The Centre for Economics and Business (CEBR) writes:

Cebr calculates that the coronavirus pandemic has resulted in a total of £11.9 billion of displaced city centre spending, as many workers swapped offices for their homes in major UK cities. This is the amount we estimate that workers would have otherwise spent in shops, pubs and eateries near employment hubs in five of the UK’s largest cities between March 2020 and May 2021, which has been lost or displaced. Our analysis looks at five of the UK’s largest cities: London, Manchester, Glasgow, Newcastle and Cardiff. If office workers move to hybrid working long-term, then these cities are set to see employment hub spending stand £322 million a month lower than pre-pandemic levels.

Google mobility data shows that in April 2020, the number of people going to places of work on weekdays across the UK was 69% lower than before the crisis, this number has since recovered to 34% in May 2021. Out of the five cities analysed in this study, Cardiff remains the city with the lowest share of workers who have returned to the office, with the number of people attending workplaces on weekdays standing 50% lower than pre-crisis levels in May. Meanwhile, Newcastle has the highest share of workers who have returned to places of work out of these cities, with numbers at workplaces only 34% lower than pre-pandemic levels in May. Taking this Google mobility data for each city in addition to statistics on average spending near offices prior to the pandemic [1] and scaling up to the number of employees in each city provides an estimate of the amount of money that is not being spent in shops and food/drink establishments near employment hubs in each city during the coronavirus crisis. The breakdown by city is in the table below.

…With the government looking likely to encourage hybrid office work even after restrictions are lifted, there could be potentially fatal consequences for the businesses that are usually the recipients of this city centre spending. This will especially be the case once government support from the furlough scheme dries up. A potential opportunity may be rising demand for places to eat, drink and shop in residential areas, as people continue to spend more time nearer their home. Government support to help employees and businesses adjust to these new opportunities through education and training may be a potential solution.