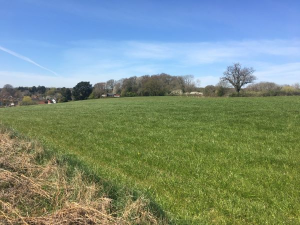 South Oxfordshire District Council (DC) has announced that it will make an application to the High Court for a review of a Planning Inspector’s decision – criticised as ‘off-piste’ by the Chilterns Conservation Board – to allow a ‘care village’ in the Chilterns Area of Outstanding Natural Beauty (AONB).

On 25 June 2021, the Planning Inspector granted permission on appeal for a continuing care retirement community care village at Little Sparrows, Sonning Common.  South Oxfordshire District Council had previously refused permission for this development due to the potential impact on the Chilterns Area of Outstanding Natural Beauty.

Following legal advice, and after consultation with the Leader of South Oxfordshire District Council and the Chair of the Planning Committee, the district council considers that there are sufficient grounds to challenge the Planning Inspector’s decision and has therefore made an application to the High Court for a review.

The Chilterns Area of Outstanding Natural Beauty(ANOB) is a nationally designated landscape protected for its special qualities, including the steep chalk escarpments, its wild-flower-rich downland, nine rare chalk streams, its ancient woodland, ancient routeways and an extensive and diverse archaeological history.  Development of this land will demonstrably harm the special qualities of the Chilterns AONB including the mosaic of semi-wooded dipslope that envelopes Sonning Common and which provides a strong sense of rural openness around the village.

In his decision, the Inspector rejected the views of South Oxfordshire District Council (including its landscape advisor and consultants), the parish council and local residents, as well as the Chilterns Conservation Board – the statutory body responsible for the protection and enhancement of the Chilterns AONB. Instead, the Inspector drew heavily on the views of the developer’s consultant and, in our view, has gone significantly off-piste.

We are particularly concerned that the Inspector has developed his own approach to assessing the landscape value of the area, which falsely implies that the legal and policy protections that apply to AONBs can be selectively interpreted. In effect, he decided (a) that the appeal site and its surroundings were not in themselves special enough to be protected, and (b) that the site’s proximity to the village and existing commercial buildings justified its development.

To do so represents a significant change to the interpretation of planning policy relating to the conservation and enhancement in AONBs at a time when the Government has made clear its intention to protect more of the countryside for people and for nature. The Inspector’s decision is likely to have serious consequences for not only other locations in the Chilterns, but also across all of England’s protected landscapes.

The Inspector also unnecessarily and unreasonably undermined the council’s assessment of its five-year supply of housing land and did not give sufficient attention to the possibility of alternative ways in which the need for extra-care housing could have been met without harm to the AONB.

As a result, the Chilterns Conservation Board has written a letter of complaint to the Planning Inspectorate. We are also in conversation with South Oxfordshire District Council exploring what other actions may be taken.