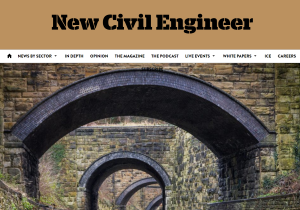 The 15 structures appear on a wider list of 102 heritage rail assets which Highways England has earmarked as needing work due to their deteriorating condition.

Of the 102 structures, 60 are earmarked for infilling, eight face demolition and 37 require repairs or strengthening work. Of the remaining seven structures, work has been completed on one structure while the maintenance of six structures in the process of being transferred to the respective local authorities.

It is the first time that Highways England has publicly released its Historic Railways Estate works programme.

However, according to The HRE Group – a campaign group made up of transport planners and civil engineers – 15 “previously unthreatened” structures have been added to the works programme which were not included on previous lists provided to them by Highways England.

Of the 15 additional structures, nine face possible infilling, one structure faces demolition, and the remaining five structures are being lined up for strengthening or stabilisation work (see below for full list of the 15 structures).

Graeme Bickerdike, a member of The HRE Group, said: “The ongoing introduction of structures into the infilling and demolition programme demonstrates the existential threat Highways England represents to the Historical Railways Estate.

“Putting bridges and tunnels beyond use without fully understanding their value is a culture rooted in the 1970s, not 2021….

Earlier this month, another row erupted in relation to Highways England’s planned bridge infilling in the South Downs.