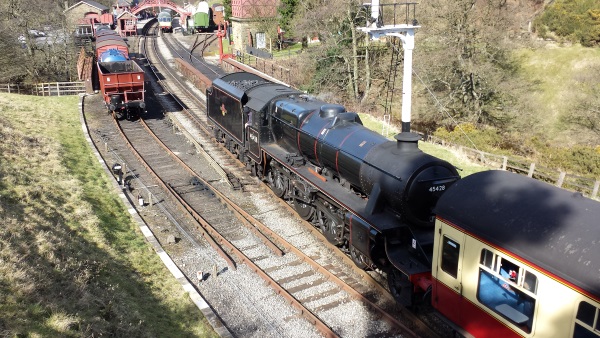 New Civil Engineer has offered updates on the new schemes set to be rvioved as part of the government’s Restoring Your Railway fund, launched in January 2020.

image: for illustration puposes only

It is the first of a number of schemes to revive abandoned routes, with Network Rail chief executive Andrew Haines emphasising that restoring such lines is among key solutions to secure the future of the industry given the pandemic-driven decrease in commuting.

Many of these schemes fall under the Department for Transport (DfT)’s Restoring your Railways Fund.

In March the DfT revealed the 85 rail schemes competing for investment under the third and final round of the fund, with successful proposals to be awarded up to £50,000 each to progress plans to reinstate stations and restore passenger services closed during the Beeching cuts.

In the last funding round, backers of 15 proposals were awarded cash to develop their business cases. Ten schemes won backing in the first round.

Here is a rundown of the next routes set to be given a new lease of life….

Transport thinktank Greengauge21 has also thrown its support behind three other “missing” rail main lines that could be reopened.

It said that, as well as the restoring of closed branch lines under the government’s Restoring Your Railway Fund, there are other lines of “national significance” which should also be brought back into use.