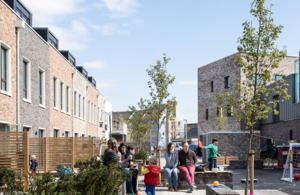 Campaigners on the ‘We’re Right Here’ campaign have called for a new Community Power Act to give communities a legal right to self-determination.

An open letter to secretary of state for levelling up, housing and communities, Michael Gove, states: ‘We believe that empowering communities is essential to fulfilling your ambition of levelling up the country. And we want to propose a new, transformative piece of legislation – a Community Power Act – to achieve this. This legislation would fundamentally change where power lies in our country.

‘Rather than politicians and officials in distant centres of power making decisions from afar, local people would have the powers they need to shape the areas where they live.’

The campaign is led by seven people who have experience of building stronger communities and is supported by organisations such as Power to Change, New Local and Locality.