Gove ‘a bit of a catch’ for housing ministry, says former chief architect  to BD 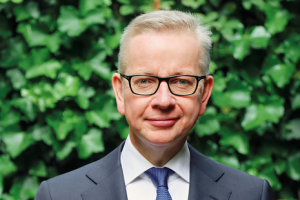 Michael Gove is ‘a bit of a catch’ for the renamed Department for Levelling Up, Housing and Communities, the former chief architect has said, as Gove’s early planning decisions suggest ‘beauty remains high on new secretary of state’s agenda’.

Andy von Bradsky, who was the government’s head of architecture until the summer, said Robert Jenrick’s high-profile replacement at the former Ministry of Housing had made him question his decision to step down… also said Gove’s early decisions on public inquiries showed he had not junked the beauty agenda that was such a key focus of his predecessor’s time in office – despite ‘levelling-up’ being his number one priority… ‘he is very much embracing the design agenda,’ he told Building Design.