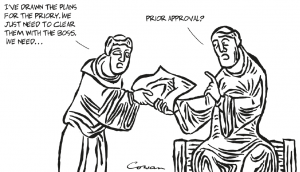 IHBC Chair David McDonald’s blog ‘Notes from the Chair’ in the most recent issue of Context drills into the heart of global warming and the historic environment, inspired by the IHBC@COP26 Helpdesk+ services.

…Notes from the Chair…

As I write, officers and staff of the IHBC are working preparing our input into COP26, the climate-change conference that is taking place in Glasgow in the first two weeks of November. By the time you read this, the conference’s outcomes will be known and under debate by all, but let me consider one aspect of the lead-up to the conference….

At the end of 2020 I was listening to the BBC’s Reith Lectures. The presenter was Mark Carney, former governor of the Bank of England and now the UN’s special envoy for climate action and finance. At first glance he may appear to be an unusual choice as an ambassador for climate action. But, on reflection, one of the implications of our response to climate change is that our economic system, which depends on growth, needs to change. Who better to consider how this growth model might alter in the future? The title of his series of lectures was ‘How we get what we value – from moral to market sentiments’.

… in future we will have to consume less…. we can extend this concept to buildings and places…

Acknowledging the conference’s venue, Carney rather cleverly started by considering The Wealth of Nations by Adam Smith, the 18th-century text which forms the basis of much classical economics. Smith, an alumnus of Glasgow University, was a key figure in the Scottish Enlightenment. Carney mused on why financial values have come to be more important than human ones. The unavoidable consequence is that in future we will have to consume less. In many ways it chimes in with current campaigns against the planned obsolescence of many of the goods that we use and the environmental sense of repairing rather than scrapping items which do not work. Of course, we can extend this concept to buildings and places, and it fits very well with conservation philosophy.

Flooding has been one of the serious consequences of climate change. I am not competent to deal with the threats to the Severn and its hinterland, but I have some knowledge of the Thames.

The Thames Barrier was designed to deal with tidal surges, but there is also the threat of flooding caused by storms and increased rainfall which, combined with the population’s greater use of water, overloads the capital’s Victorian sewers. The Thames Tideway, colloquially known as the ‘Super Sewer’,  is due for completion in 2025. This major infrastructure project should benefit the environment by not only preventing sewage discharge into the Thames, but also reducing flooding events, which will help protect London’s heritage. It remains to be seen whether this colossal piece of engineering eventually might be valued in the same way as Joseph Bazalgette’s innovative and architecturally stunning improvements to London’s sewage system in the 19th century.

… The fact that Bazalgette’s Thames Embankment [is] listed prompts the thought whether the Thames Barrier similarly should be designated?…

The fact that Bazalgette’s Thames Embankment and other engineering structures and buildings are listed prompts the thought whether the Thames Barrier similarly should be designated? It would certainly pass a number of tests of significance.

For more background to this issue of Context see the NewsBlog 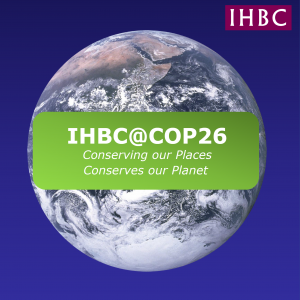