IHBC ‘Heritage from the doorstep’: York to try again for UNESCO WHS 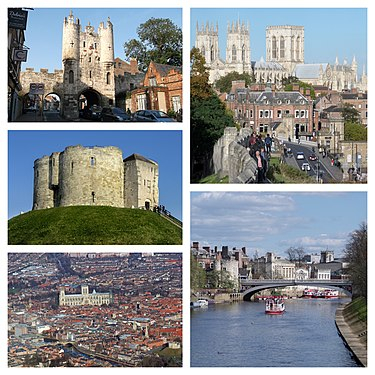 York’s last bid to be listed as a place of ‘outstanding universal value to humanity’ was rejected in 2011, when only its archaeological deposits were put forward, but now a more ‘holistic’ approach may succeed.

… achieving the status will be “difficult, though not impossible”…

A report from York World Heritage Steering Group, approved by the City of York Council’s executive on Thursday, noted that – despite their belief York has “a very strong case for designation” – that actually achieving the status will be “difficult, though not impossible”.

This is because the World Heritage list is now “biased against Western European sites”, the report adds, with a number of medieval walled cathedral cities already on the list.

York would have stood a better chance of success in the 1980s and early 1990s, the report adds, when ‘inconclusive discussions’ were held about the idea.

Janet Hopton, a former York councillor who began looking into York’s bid as Lord Mayor in 2006, told councillors: “World Heritage status would support the council’s policies and ambitions for York, in particular by raising York’s international profile – by helping to protect the heritage, both important for itself, but also for York’s economy.”

The fresh bid focuses on all of York’s historic centre, which includes 22 scheduled monuments, more than 2,000 listed buildings and 35 conservation areas.

John Oxley, York’s former city archaeologist, said: “The proposal identifies York’s outstanding universal value as being the outstanding example in northwest Europe of urban development that commences in the Roman period and continues from 71 AD as a living city, down to the present day.”