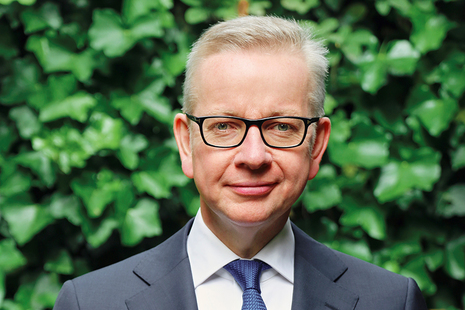 The government has unveiled long-awaited planning reforms as part of its Levelling-up and Regeneration Bill, and Tim Clark reports just how the construction sector sees it on Construction Buzz.

… Gove… refused to commit to the previous target of building up to 300,000 homes…

The government has unveiled long-awaited planning reforms as part of its Levelling-up and Regeneration Bill.

The bill, which runs to 338 pages, was introduced to parliament on 11 May and aims to shake up the planning process, potentially replace section 106 contributions, and change how local areas can manage development within their own boundaries.

The new laws would also include provisions for setting up levelling up “missions” which will specifically aim to “reduce geographical disparities in the United Kingdom” within a stated period of time. The time restrictions are understood to give the government or departments set periods to invest.

Yesterday, levelling-up secretary Michael Gove… refused to commit to the previous target of building up to 300,000 homes per year. The top-down housing targets had proved to be a thorn in the government’s side in terms of planning, and caused considerable grass-roots opposition from communities…

… Jonathan Allen, senior associate at law firm Browne Jacobson, was unimpressed by the initial changes the bill would make to planning in England.

He said: “Despite fanfare on wholesale reform of the planning system, pushback from backbenchers means that most major proposals have either been removed entirely or lack detail to such a level as to be meaningless…”

In terms of neighbourhood development plans, the bill states that new plans may include policies which relate to the amount, type, location and timetable for development.

Commenting on what is dubbed as “street votes” Peter Rainier, principal director of planning at law firm DMH Stallard, said: “The idea of community led regeneration and ‘street votes’ is certainly an interesting one. What it is not is some sort of NIMBY charter…

“…Will residents really be motivated to seek change and regeneration? I doubt it.”