IHBC’s ‘Heritage from the doorstep’: Isle of Wight Norris Castle HE objection ‘slammed’ 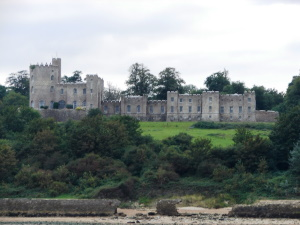 After Historic England (HE) determined proposals to turn a dilapidated Isle of Wight castle into a luxury resort as ‘a very poor outcome for such an important place’, developers have responded, reports the Isle of Wight County Press.

… scheme has mainly been met with negative responses…

The scheme has mainly been met with negative responses, the latest coming from HE, which anticipates objecting to the application but, in a statement, said it needs more information before it can issue its definite answer….

GTS said it thought it had reached an agreement with HE on the acceptable ‘level of harm’ – or the amount of change –  to the site, in order to ensure the castle is saved in the long-term.

Conversations have also been taking place about the financial viability…

GTS said: “We would be willing to address any concerns raised by any source in a professional and responsible way.