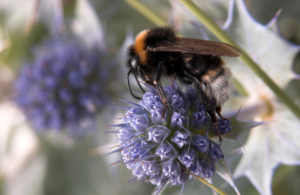 The Chief Executive (CE) of the Environment Agency has warned of an ‘existential risk to our survival’ following a report that ‘lays bare the scale of change needed to halt England’s biodiversity and climate crisis’.

An Environment Agency report that lays bare the scale of change needed to halt England’s biodiversity and climate crisis has been published today.

It sets out how significant changes will be needed to how land is used in England, with the need for significant landscape scale interventions and the use of nature-based solutions to help wildlife recover, and for humans to mitigate and adapt to the effects of climate change.

The ‘Working with Nature’ report compiled by Environment Agency scientists sets out the global challenges facing the basics for life on Earth – clean water, climate regulation and food. It describes the potential loss of complex natural ecosystems that provide such essentials as an existential risk to human survival.

Referencing Rachel Carson’s 1962 book Silent Spring, considered by many to be the most important piece of environmental writing of the 20th century, Environment Agency chief executive Sir James Bevan today spoke about the ‘silent spring’ that awaits humanity unless action is taken by businesses, government and individuals to prevent further damage and rebuild the natural environment.

The report was unveiled at event today hosted by the Green Alliance, ahead of the COP15 Biodiversity Conference taking place later this year.

Internationally, the G7 leaders have committed to the global mission to halt and reverse biodiversity loss by 2030. The COP 15 meeting of the UN Convention on Biological Diversity (CBD) in 2022 will review the progress towards previously agreed Biodiversity targets.

“The biodiversity crisis joins the climate crisis as an existential risk to our survival, but as this report sets out the solution is not to retreat but to work together to build a nature-positive response.”

“Nature provides the basics for life – clean water, clean air and food. With major pressures on land use across England, nature-based solutions must be a major part in our response to protect these essentials whilst rebuilding our natural world.”

England is one of the most nature-depleted countries in the world due to its long history of industrialisation and land use changes over millennia. Large areas of habitats have been lost with 99.7% of fens, 97% of species-rich grasslands, 80% of lowland heathlands, up to 70% of ancient woodlands and up to 85% of saltmarshes destroyed or degraded.

The impacts on species have also been severe, with a quarter of mammals in England and almost a fifth of UK plants threatened with extinction.

Nature in England has also been impacted by pressures on land use. The report sets out the impact of the last 50 years of agricultural production and points to the likelihood of a need of further intensification and increased yields from agricultural land. It also charts the impacts of urbanisation, forestry and the need for large areas of land for climate change mitigation.

To address the major declines in biodiversity that will only be accelerated by a changing climate, the report sets out a need for more land to be dedicated to nature conservation to act as refuges for nature and to mitigate against climate change – such as coastal wetlands to combat flood risks.  However, with such demand on land, it will need to provide multiple benefits to people and nature.

The Environment Agency has a leading role to play in restoring or recreating new wildlife-rich habitat in England. Recent projects include peat restoration at Great Fen, Cambridgeshire, which will save 325,000 tonnes of CO2 from being released each year while restoring habitats for threatened fenland species and protecting surrounding towns, villages and farmland from the risk of flooding after heavy rainfall.

The report identifies such nature-based solutions as a crucial tool in restoring nature and achieving multiple other benefits. By working with nature, including tree planting, peat restoration, species reintroductions and natural flood management, it suggests there are opportunities to restore biodiversity, whilst providing other benefits such as carbon sequestration, flood protection and clean and plentiful water.

The report also says action will also be required to address the levels of consumption in wealthy countries, which contribute to the loss of biodiversity, and that sustained effort will be required from many people and organisations at forums like the COP 15 meeting of the UN Convention on Biological Diversity to tackle the effects of global consumption, production and supply chains.