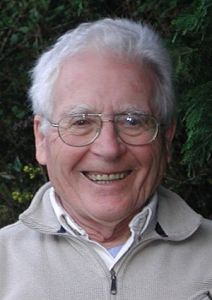 Leading environmental scientist and creator of the Gaia hypothesis James Lovelock has died in his Dorset home on his 103rd birthday.

“…Arguably the most important independent scientist of the last century…”

In a statement, his wife and children said he died at home in Dorset surrounded by family on Tuesday.

They said: “To the world he was best known as a scientific pioneer, climate prophet and conceiver of the Gaia theory.

“To us he was a loving husband and wonderful father with a boundless sense of curiosity, a mischievous sense of humour and a passion for nature….”….

Mr Lovelock was best known for his Gaia hypothesis which suggests Earth acts as a self-regulating organism made up of all its life forms, which humans are severely damaging.

Born in 1919, he studied chemistry, medicine and biophysics in the UK and the US.

He worked at the Medical Research Council and in the 1960s on Nasa’s moon and Mars programmes at the Jet Propulsion Laboratory in Pasadena, California, but spent much of his career as an independent scientist….

Dame Mary Archer, chair of the Science Museum Group’s board of trustees, said: “Arguably the most important independent scientist of the last century, Jim Lovelock was decades ahead of his time in thinking about the Earth and climate…”….

Professor Richard Betts, head of climate impacts research at the Met Office Hadley Centre, said Mr Lovelock had been a source of inspiration for his entire career, and he was devastated by his death.