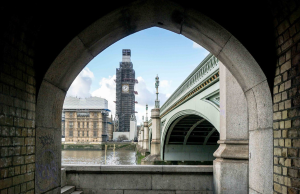 Parliament’s Housing, Communities and Local Government (HCLG) Committee has issued its report on the Government’s 2020 proposed reforms to England’s planning, as conclusions include that it  ‘should reconsider the case for the three areas proposal’ and publish an ‘assessment of the impact of its proposed changes on historic buildings and sites.’

This report considers the Government’s proposed reforms to the planning system announced in August 2020. It also builds on our predecessor committee’s report into land value capture. We will continue to examine future proposals for reforming the planning system, and stand ready to undertake pre-legislative scrutiny of the Planning Bill.

We heard consistently in our evidence that there was a need for greater detail about how the Government’s proposed reforms would work. There were concerns about the omission of various important issues relating to housing and to non-housing elements of the planning system.

The Government has proposed that local areas will be divided (through Local Plans) into three parts: growth, renewal and protected, with different planning rules applying in each. We have sympathy with the Government’s wish to enhance the importance of Local Plans, but we are unpersuaded that the Government’s zoning-based approach will produce a quicker, cheaper, and democratic planning system.

The Government should reconsider the case for the three areas proposal.

If the Government does proceed with the principle of the three areas proposal, consideration should be given to the inclusion of additional categories. Further details also need to be provided—particularly around how much detail will be needed in Local Plans, the impact of the three areas proposal on vital infrastructure, and who will determined if Local Plan requirements have been met.

Local authorities should set out detailed plans for growth and renewal areas which specify heights of buildings, density of development, minimum parking standards, access to retail, education, transport, health facilities and other local amenities. This may be by way of a planning brief for particular sites, which may be undertaken subsequent to the local planning process and which is subjected to detailed consultation with local people.

All individuals must still be able to comment and influence upon all individual planning proposals.

To ensure that public engagement throughout the planning process is facilitated we welcome the Government’s plan to expand the role of digital technology. The benefits of virtual planning meetings have been demonstrated during the Covid-19 pandemic and should be retained. This needs to sit alongside exploring new methods of interaction such as citizens assemblies; ensuring the public is consulted about the draft Local Plan before rather than concurrently with Secretary of State; and through retaining more traditional methods of notification about planning proposals such as signs on lampposts.

We sympathise with the Government’s wish to enhance the importance of Local Plans in determining where development should take place. But achieving public acceptance of any increased importance for Local Plans requires them have credibility as an accurate reflection of public views in an area.

We welcome the introduction of a statutory obligation that requires that all local authorities have a Local Plan. We also support a timeframe for introducing the new Local Plans. But we heard it would be impractical to deliver them within the Government’s proposed thirty-month timeframe, and in particular for statutory consultees to comment on each plan during its development. To ensure there is effective cooperation between local authorities the Government also needs to explain how it plans to replace the duty to cooperate that places a legal duty on councils to work together on planning issues that cross their borders.

The Government should consider a staggered roll-out of the new types of Local Plans across the country. It should be permissible and straightforward to undertake quick updates of Local Plans every two years, including with appropriate time for public consultation.

In August 2020 the Government proposed reforms to the current formula (the ‘Standard Method’) used to determine housing demand in each local authority. Whilst our evidence endorsed the principle of having a nationally set formula, the majority disapproved of this new proposed formula. In December 2020 the Government announced a new approach, preserving the existing formula whilst adding an ‘urban uplift’ to the demand figures for twenty major town and cities. This would greatly increase the numbers in those areas. We would like clarity from the Government on how these major towns and cities can deliver the housing demanded given restrictions on the availability of land, both in terms of brownfield sites and constraints posed by seas, rivers and protected green spaces.

We think the Government’s abandonment of its proposed formula for determining housing need is the correct decision. There remains a need for additional information about how the Government’s revised approach, announced in December 2020, might work in practice.

To meet the Government’s 300,000 housing unit target there is a need to speed up the delivery of housing. The problem of ‘build out’ rates needs to be tackled, with a mixture of carrots and sticks needed to achieve this.

The Government should set a limit of 18 months following discharge of planning conditions for work to commence on site. If work has not progressed to the satisfaction of the local planning authority then the planning permission may be revoked. An allowance of a further 18 months should be allowed for development to be completed, after which the local authority should be able, taking account of the size and complexity of the site, and infrastructure to be completed by other parties, to levy full council tax for each housing unit which has not been completed.

To command public support there also needs to be greater clarity on why and how the housing target needs to be delivered, including why relying on brownfield sites alone would be insufficient.

The Government should lay out the evidential basis for its 300,000 housing units a year target and how it will achieve it, both by tenure and by location.

We support measures to promote specialist, affordable and social housing. Given the failure of the previous Starter Homes programme, a clear timeframe is also needed for delivering First Homes without adversely affecting other housing tenures. To reflect local circumstances, local authorities should have discretion over what proportion of affordable houses must be First Homes.

The Government has proposed replacing the current Section 106 and Community Infrastructure Levy with a national infrastructure levy. We find that there is a case for replacing the latter, but not the former. Preserving Section 106 will protect against a possible loss of affordable housing. We think that the proposals of the 2017 review into the Community Infrastructure Levy and our predecessor committee’s recommendations for greater land value capture represent the best way of ensuring sufficient revenue. If the Government does proceed it will need to charge various local rates and provide additional funding for the infrastructure that will not be met out of the levy revenues.

There is a need for additional resources for planning departments, and specialist skills. The pressures on the system will only increase if the Government proceeds with its reforms, including the thirty-month timeframe for Local Plans, at the same time as local planning authorities are also operating the current system.

The Ministry for Housing, Communities and Local Government should now seek to obtain a Treasury commitment for an additional £500 million over four years for local planning authorities. Providing this certainty of funding should precede the introduction of the Planning Bill.

We welcome the Government’s commitment to enhance the place of design and beauty in the planning system. It was emphasised to us that this enhancement needs to consider a broader definition of design than one focused on aesthetics, important though that is. This should include ensuring innovations in design are not unduly stifled and the subjective nature of beauty is recognised.

One of the most contentious issues in planning is the status of the Green Belt. We heard passionate defences of it; whilst also hearing calls for a review of its status.

A review should examine the purpose of the Green Belt, including whether it continues to serve that purpose, how the public understand it, what should be criteria for inclusion, and what additional protections might be appropriate.

A major feature of the planning system since the Second World War has been ensuring the protection of environmental and historic sites and buildings.

We recommend that the Government publish an assessment of the impact of its proposed changes on historic buildings and sites.