IHBC’s ‘Out of Context’ CPD boost from Ireland:  ‘Restore’?. ‘Repair’?, and who even came first? 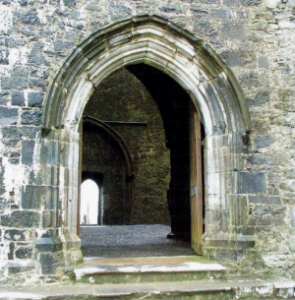 Conservation ethics lies at the heart of the IHBC’s CPD, and we all must question how much we really know about the differences between ‘restoration’ and ‘repair’ and their histories, so the new story of Henry Cotton and James Graves in Ireland – the first highlight of the Victorian debate about the hazards of restoration caused by those tempted to make architectural improvements – is a ground-breaking update, recounted in issue 163 of Context by one of Ireland’s most distinguished architectural historians.

Curiously the practice of differentiating replacement stones had been in use in Ireland since….1848/49….

Many modern architects cite the charter of Venice (1964) in arguing that repairs to the fabric of ‘historic monuments’ should be contrastive in a very obvious way. While John Ruskin (1819–1900) formulated a similar doctrine for St Mark’s Basilica in Venice in 1877: ‘The single principle is, that after any operation whatsoever necessary for the safety of a building, every external stone should be set back in its original place: if any are added to strengthen the walls, the new stones, instead of being made to resemble the old ones, should be left blank of sculpture…’, he did not originate it. Indeed, he had memorably written in The Seven Lamps of Architecture in 1849: ‘Do not let us then talk of restoration. The thing is a lie from beginning to end’, a position which he maintained for almost 30 years.

Curiously, the practice of differentiating replacement stones had been in use in Ireland since the restoration of a section of the Rock of Cashel, Co Tipperary in 1848/49. We might examine how this came about. The work was supervised by the archdeacon, the English-born Rev Henry Cotton MRIA (1789– 1879), who was a noted historian, educated at Westminster School and Christ Church, Oxford, before serving as sub-librarian at the Bodleian in 1814–22. Significantly, the principles of minimum intervention he espoused for the project completely accord with modern practice and indeed predate the earliest conservation work of Cotton’s friend the Rev James Graves (1815–86) by almost a decade. The work, necessitated by the catastrophic collapse in February 1848 of the entrance doorway to the cathedral and the roofless medieval palace overhead, was the subject of a pamphlet issued by Cotton three months later. In seeking donations, he drew particular attention to his proposed methodology, stating: ‘The Lord Bishop of Cashel has expressed his wish that an endeavour should be made not at restoration (a hazardous attempt in these days of almost universal desire to dabble in architectural improvements), but at judicious repair, so as to prevent further damage’. Among the handful of trustees nominated by Cotton to receive donations for the project was John Henry Parker of Oxford. Cotton’s placing of the words ‘restoration’ and ‘repair’ in italics suggests a familiarity with the debate in England and he was probably advised by Parker on methodology from the outset.

When it came to repairing the cap of the round tower of Temple Finghin …. the new work was to be distinguished from the old….

The best-known example of early progressive conservation in Ireland occurred in the 1860s at the monastic site of Clonmacnoise, Co Offaly, where the works carried out by the Kilkenny and South East Archaeological Society (KAS), progenitor of the Royal Society of the Antiquaries of Ireland, under the direction of its honorary secretary James Graves, also accorded with modern principles. Keith Emerick has written of Graves’ conservation of the Nuns’ Church: ‘The importance of this work, and its place in the philosophy of repair, should not be underestimated’.1 However, it would appear that Graves’ conservation philosophy was not sui generis, as his own writings implied, but particularly informed by his personal engagement with English antiquaries.

When it came to repairing the cap of the round tower of Temple Finghin, which had been damaged by lightning, the new work was to be distinguished from the old: ‘it was arranged that any new stones necessary to be supplied should be of a different kind – the old were calcareous sandstone, the new were to be limestone’. The works to both were superintended by the artist and antiquary George V du Noyer, who, with Graves, sketched many of the details. Graves wrote up the projects at Clonmacnoise in both his own journal and in Parker’s Gentleman’s Magazine (June 1865).

Conservation ethics lies at the heart of the IHBC’s CPD, and we all must question how much we really know about the differences between ‘restoration’ and ‘repair’ and their histories…