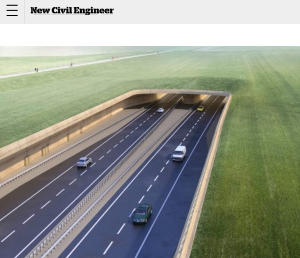 Opponents of the Stonehenge Tunnel have instructed lawyers to examine the legality of transport secretary Grant Shapps’ decision to give the scheme the green light.

Save Stonehenge World Heritage Site, a new organisation set up by The Stonehenge Alliance, has instructed law firm Leigh Day to investigate the lawfulness of the decision to approve the A303 scheme.

Shapps approved the scheme’s development consent order (DCO) application earlier this month, overruling the official recommendation made by the Planning Inspectorate to reject the plans.

“The Government has ignored advice from both Unesco and the independent panel who presided over a six month examination. To have won the arguments based on reason and evidence, and then to have them overruled on a ministerial whim, shows just how broken the roads approval process is.

“I urge everyone who cares about the Stonehenge World Heritage Site (WHS) to support this legal action. There is still a chance to stop the bulldozers moving in and vandalising our most precious and iconic prehistoric landscape.”

In its final recommendation report, the Planning Inspectorate’s Examining Authority concluded that the £1.7bn project would cause “substantial harm” to the Stonehenge site.

The Examining Authority said the “adverse impacts” of the scheme would “strongly outweigh its benefits”.

Its report adds: “The effect of the proposed development on the outstanding universal value of the WHS would lead to substantial harm to the significance of the designated heritage asset. In addition, there would be considerable harm to landscape character and visual amenity.

“There would also be modest harm arising from the ‘loss of view of the stones’ and limited harm to individuals and individual businesses and companies.”

Highways England has been progressing the procurement process for the main works contract for the A303 scheme. The preferred bidder is expected to be announced in 2021. Last month, it awarded a £35M contract for archaeological mitigation work to Wessex Archaeology in anticipation of DCO approval.

Fieldwork on the scheme is due to start in late spring next year, with the main five year construction phase expected to start by 2023.