Two funds to support the uptake of neighbourhood planning in England 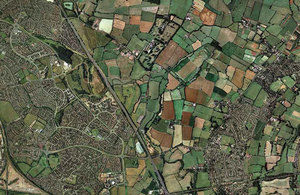 A Neighbourhood Development Order can give permission for certain types of development without the need for a subsequent planning application. Neighbourhood planning is making an important contribution to delivering housing and setting design and investment priorities.

Over 1,000 communities have now progressed through the stages of neighbourhood planning and have a ‘made’ Plan or Order in place, and more than 2,740 communities have started the process. However, there is a lack of take up of neighbourhood planning in urban and deprived areas and overall, there are declining numbers of new groups being established.

Local authorities play a crucial role in neighbourhood planning, from designating areas, to advising or assisting on plan preparation, through to holding referendums and ‘making’ and using a neighbourhood plan in planning decisions.

In the recent Planning for the future white paper, we set out our ambition to retain neighbourhood planning as an important means of community input, and indeed further support communities through improving use of the digital tools available.

Purpose of the funding

The aim of this pilot is to test whether a simpler form of neighbourhood planning could empower more communities to play a direct role in shaping their neighbourhoods, particularly those in urban and deprived areas.

We think the key difference between a simpler plan and a full Neighbourhood Plan would be its scope and weight. For example, we think a simpler approach won’t allocate land or include development management policies as part of the Development Plan. However, it would instead allow communities to set their place-making and infrastructure priorities which could influence the Local Plan or wider service delivery, and potentially it could be given material weight in planning decisions. Also, this simpler plan could act as precursor to a full Neighbourhood Plan by setting the neighbourhood priorities.

We anticipate that through this pilot, groups would produce a short document listing what the community wishes to achieve, alongside delivery proposals detailing how these priorities could be achieved (for example, by outlining in principle how projects might be funded or through agreeing objectives for the Local Plan). We have already seen a number of Neighbourhood Plans include such priorities and are keen to explore the approach further.

We would expect LPAs and the groups that are supported through the pilot programme to be actively exploring the following questions:

We would expect local planning authorities taking part in this pilot to provide reports addressing the above points in order to inform our wider planning reform work.

A funding pot of £330,000 is being made available in the 2021-22 financial year targeted to 10 local planning authorities to enable them to work collaboratively with MHCLG and three or more groups within their area.

Under the simpler neighbourhood planning pilot, we will provide grants of up to £30,000 to successful authorities under section 31 of the Local Government Act 2003. Funding is for 2021-22 only. We envisage that grants will be provided to a mixture of local planning authority areas.

As a starting point, proposals should set out how they will test the issues listed in the bullet points above. This list in not prescriptive or exhaustive and local planning authorities should feel free to propose other relevant issues. We will expect quarterly reports providing feedback on progress in the pilots, with the first provided in October 2021….

We are looking for proposals from 40 to 50 local planning authorities in under-represented areas who are interested in increasing the uptake of neighbourhood planning.

Purpose of the funding

There are a number of barriers but in particular, urban communities can struggle to get the administrative support they require, in the absence of a parish council which takes on the Neighbourhood Plan in most rural areas. In more deprived areas there may be less capacity for people to participate. This funding would seek to mitigate some of these barriers.

Eligible areas are local planning authorities in England who have a lower than average number of neighbourhood planning areas per population member, and are at least partially unparished, or are among the 20% of most deprived ….

We are interested in proposals from local planning authorities on how you would proactively facilitate the formation of active neighbourhood forums in urban and deprived areas, support plan progress. As a starting point, proposals could cover how you would promote interest in neighbourhood planning and provide extra support through this funding, as well as how many communities you would hope to reach, and how hard to reach groups could be engaged. This list in not prescriptive or exhaustive and local planning authorities should feel free to propose other relevant issues.