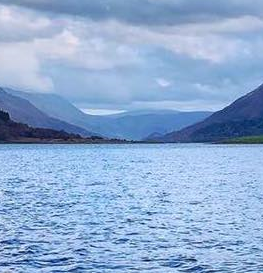 A coastal village of 700 residents in the UK has been declared the first place on earth that may produce climate refugees, as the community has been identified for a high risk of permanent flooding.

… Seven years on, most of their questions about their future remain unanswered…

The British town of Fairborne, Wales, maybe the first but not the last, to be threatened by rising sea levels, with its inhabitants becoming climate refugees.

If all the glaciers and ice caps on the planet melted, the global sea level would rise by about 230 feet. That amount of water would flood nearly every coastal city around the world.

With 94,000 miles of shoreline in Greece, 60 percent on the mainland, and 40 percent on the islands, most of the country could be underwater with its residents also becoming climate refugees.

Climate change models created by Climate Central, an independent organization of top scientists and journalists, show the devastation that rising sea levels could cause on coastal cities, including those in Greece, such as Piraeus and Thessaloniki.

The models were created based on the findings of a peer-reviewed research paper written by scientists from Climate Central in collaboration with researchers from Princeton University and the Potsdam Institute for Climate Impact Research in Germany….

“Whatever happens at COP26, the sea level will continue to rise around the UK, that’s something we absolutely need to prepare for,” Dawson stated. “We have to be realistic. We can’t afford to protect everywhere. The challenge for government is that the problem is not being confronted with the urgency or openness that we need.”….

Since the 2014 announcement on not being able to sustain the Welsh village, house prices in Fairbourne have nosedived. Dubbed the UK’s first potential climate refugees, many were left shocked and angry by national headlines declaring their whole village would be “decommissioned.” Seven years on, most of their questions about their future remain unanswered.

No one in Fairborne wants to leave, whether they eventually become climate refugees or not….