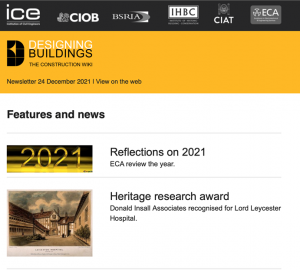 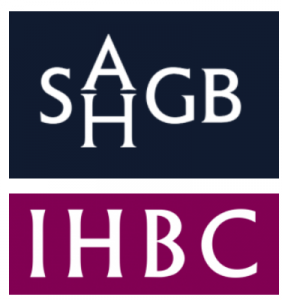 The IHBC-SAHGB 2021 annual research awards winners has been featured on the digital Newsletter from Designing Buildings to the 15K+ registered users of the ‘construction wiki’ and IHBC’s Conservation Wiki.

The IHBC has announced Donald Insall Associates as the winner of the new joint award with the Society of Architectural Historians of Great Britain (SAHGB). The award celebrates the quality of architectural-historical research produced as private consultants or for public bodies etc.

The award was given to Donald Insall Associates for ‘An Architectural History of Lord Leycester Hospital’. High commendation was also presented to the Oxford Preservation Trust.

IHBC’s Vice Chair and co-judge of the new award Lone Le Vay said, ‘I very much welcome this new partnership between the IHBC and the SAHGB in our joint Heritage Research Award, and on behalf of the IHBC congratulate those awarded in this inaugural year.’

Lone Le Vay writes, ‘The IHBC congratulates Donald Insall Associates for winning the inaugural joint IHBC-SAHGB Heritage Research Award for their ‘An Architectural History of Lord Leycester Hospital‘ and The Oxford Preservation Trust for their highly commended commissioned study of the Historic Railings of Central Oxford prepared by David Clark.

‘This new award, presented at an online ceremony on 6 December 2021, was greatly welcomed by the winners for covering an area of work that is often not fully recognised and rarely given publicity. They valued this new award in helping to raise the profile of this important area of our members’ work.

‘There was a strong and varied field of entries, and the award panel found the research purpose for ‘An Architectural Historyof Lord Leycester Hospital‘ to be clearly defined to inform the preparation of a Conservation Management Plan and a baseline gazetteer. The sources consulted were well referenced, and the links between the documentary evidence and on-site observation clearly explained. The research also unearthed new evidence from secondary sources. The outcome is a record of the chronological development of the site and analysis of significance to inform policies to guide the future management of the site.

‘The panel also found the Oxford Preservation Society study to be pioneering, covering an important aspect of the public realm of Central Oxford based on meticulous research and observation. Drawing on archival research, old photographs and drawings, the well-presented study was considered by the panel to be very useful, thorough, careful and detailed. The research covers new ground and contributes to a much needed understanding of the historic development of the railings and also the materials and blacksmiths involved in their manufacture‘…

This article originally appeared under the headline, ‘IHBC-SAHGB Annual ‘Research’ Award 2021 winner announced: Donald Insall Associates on ‘Lord Leycester Hospital’, and OPT commended‘ on the IHBC NewsBlog. It was written by IHBC and published on 21 December 2021.

See more on Designing Buildings, the construction wiki and sign up to the free NewsletterHERE

See more on Designing Buildings, the construction wiki and sign up to the free NewsletterHERE