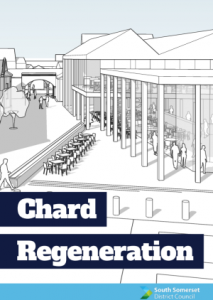 A derelict building near Somerset’s newest leisure centre may not be demolished until the spring, the district council has admitted reports the Chard and Ilminster News.

Somerset District Council recently delivered the new Chard Leisure Centre on the former ACI complex of the A358 Silver Street as part of its flagship Chard regeneration scheme.

One building within the complex – dubbed Building 11 – was retained during the construction, with the council originally hoping to re-purpose as part of plans to relocate the town’s library.

When these did not come to fruition, the council confirmed in September that it would aim to demolish the building around the time the leisure centre opened its doors.

But officers admitted to the council’s area west committee on December 8 that the demolition would now not take place until the spring due to delays in the planning process.

The council originally intended to regenerate Boden Mill and Holyrood Lace Mill under phase two of the Chard regeneration scheme.

While these projects were formally put on hold in August due to lack of funding, the council has expressed its interest in bringing these buildings back into use….

“Historic England has been supportive of other local projects such as the High Street Heritage Action Zone, so it is vital that we take the time to properly review their observations about Building 11 before formulating a response.”

Historic England provided around £1million of funding towards improving the appearance of Chard town centre, with the money being spent on public realm projects on and around the A30, a two-year cultural programme of events and grants to improve shop-fronts.