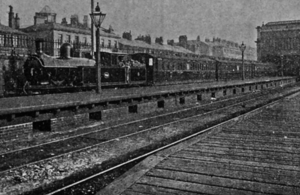 Birmingham, Crewe, Derby, Doncaster, Newcastle-upon-Tyne and York will compete to be crowned the home of Britain’s railways, with a public vote closing 15/08.

The confirmed list of shortlisted towns and cities is:

… GBRTT received 42 applications and has analysed their suitability against the published set of criteria for the national headquarters. The selection criteria are:

GBRTT will launch a public vote… that will give the public the opportunity to express their views. The vote is consultative and will be used to test public support for each shortlisted location, allowing the people that the railway serves the chance to have their say.

The new national GBR headquarters will be supported by a number of new regional headquarters across the country, putting decision-making and investment at the heart of communities that use those railways day to day.

The government is committed to levelling up, delivering jobs and investment beyond the capital.

The national headquarters will be at the heart of the rail network and provide strategic direction for the running of GBR. Based outside of London, it will bring a number of high-skilled jobs to the winning location…