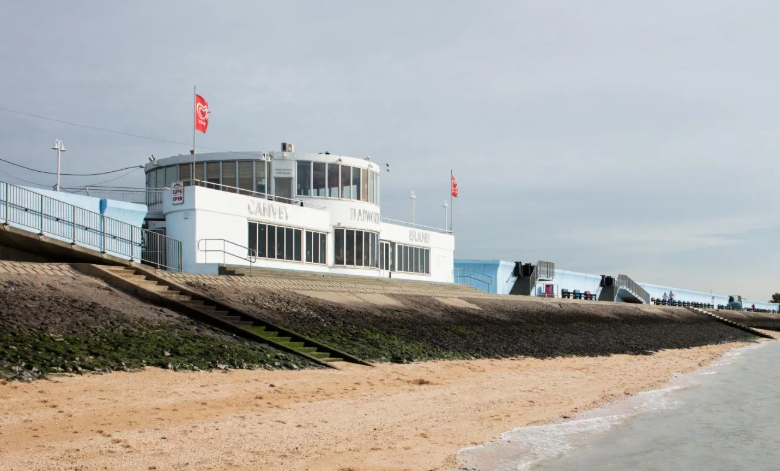 Historic England (HE) notes that we might not be able to experience all of England’s heritage in person at the moment, but anyone learn from its virtual guide to the buildings of Ove Arup in England (and one beyond!)

Ove Nyquist Arup is considered to be one of the most important structural engineers of the 20th-century.

Born in Newcastle in 1895 to Danish and Norwegian parents, the engineer was involved in the construction of all kinds of buildings across England as well as abroad. He also founded the Arup Group engineering company, which exists to this day.

Here’s our guide to Arup’s most significant work.

Arup studied philosophy and engineering at the University of Denmark in Copenhagen, specialising in reinforced concrete. During this time, he was particularly influenced by the artist and architect Le Corbusier and Walter Gropius, the founder of the Bauhaus movement.

Between 1932 and 1937 Arup designed the Labworth Café, built of reinforced concrete with a flat roof. One of the only buildings Arup designed by himself, the café is considered a pioneering building of modernism.

In 1934, Arup worked as a consultant structural engineer on the penguin pool at London Zoo with architect Berthold Lubetkin and the Tecton Group. Built in reinforced concrete, its ramps were designed to be permanently wetted by a revolving fountain.

The pool is a key work of British modernist architecture, notable for its innovative structural and technical virtuosity.

Arup wasn’t finished working with animals. Following their work at London Zoo, Arup joined up again with architects Lubetkin and Tecton to design 13 structures for a new zoo at Dudley.

The 13 buildings (of which 12 survive) include a restaurant, two cafés and various animal shelters. The sloping site allowed the architects to create designs that incorporated two levels, allowing the public to access viewing platforms above the animal enclosures.

Highpoint I and II, London

Teaming up again with Lubetkin and Tecton, between 1933 and 1935 Arup worked on a block of 60 flats in Highgate, London, known as Highpoint I.

In 1935, Highpoint I was the ultimate expression of modernist architecture in Britain, offering relaxed spaces in a building of technical sophistication and elegance.

The American architectural historian Henry-Russell Hitchcock opened his account of ‘Modern Architecture in England’ – an exhibition in New York in 1937 – by declaring it ‘one of the finest, if not absolutely the finest, middle-class housing in the world’.

Many prominent designers of the day visited the building soon after its completion, including Jacobus Oud, Theo van Doesburg, László Moholy-Nagy and Le Corbusier.

Between 1936 and 1938, Arup devised the even more innovative Highpoint II next door to the original. It moved beyond the classic modernist white concrete box to introduce box-frame construction, with which Arup revolutionised post-war housing.

During the Second World War, Arup played a significant part in the design of the ‘Mulberry’ harbours used D-Day invasion of Normandy in 1944.

The ‘Mulberries’ were sophisticated pre-fabricated concrete harbours based on a concept originally proposed by Winston Churchill in 1917 for an operation in the Friesian Islands. 4,500 men were involved in their construction, and each ‘Mulberry’ was intended to be roughly equivalent in area to Dover Harbour and be capable of handling 12,000 tons of supplies daily.

The Mulberry Harbour initiative undoubtedly contributed significantly to the successful invasion of Normandy and the subsequent liberation of Europe.

The dramatic Kingsgate Bridge in Durham was designed by Arup in 1961 and constructed in 1962-3, following a commission by the University of Durham.

The bridge was built in two sections on either riverbank and swung into place. The last structure that Arup designed himself, he considered it his finest work and an example of his vision for ‘total design’ – the seamless integration of engineering and architecture.

Today there is a bust of the engineer next to the adjoining students’ union (which he also engineered). Following his death, Arup’s ashes were scattered from the bridge.

The Sydney Opera House is one of the most famous buildings in the world and Arup was involved in the design from its start in 1957 to completion in 1973.

The building was designed by Danish architect Jørn Utzon, who sought out Arup’s expertise as the industry’s leading concrete engineer. The groundbreaking construction would secure Arup’s reputation and the legacy of his company.

What have we missed? Let us know your favourite buildings by Ove Arup ….