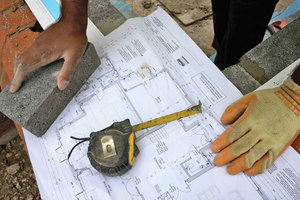 Richard Hammond has been criticised over an ‘inappropriate’ planning design of his castle home which dates back to the 15th century.

The Grand Tour presenter, 51, has hopes to replace his conservatory with a new kitchen and sunroom at the Bolitree Castle near Ross on Wye, Herefordshire.

He is said to have paid a reported £2 million for his house back in 2008, which includes ‘sham’ castle features.

Richard had originally planned for a kitchen and boot room extension and a new sunroom in 2019, with the plans approved by Herefordshire Council.

However, his new ideas have been seen as ‘visually and architecturally intrusive’ by heritage bosses at Historic England, according to MailOnline.

They had originally approved the earlier plans for what they called ‘elegant extensions’ to the mansion, but Richard is now said to be seeking permission to move the kitchen to the proposed new sunroom and make it bigger.

Conservationists have claimed the plans will cause ‘unjustifiable harm’ to the house, according to planning documents.

Sarah Lewis, inspector of historic buildings and areas for Historic England, has said: ‘Bolitree Castle forms part of a group of highly graded listed buildings with immense character and much historic and aesthetic value.

‘The proposal to replace the conservatory and erect an extension on the north elevation results in unjustified harm to significance that was avoided by an alternative scheme.

‘Historic England has concerns regarding the application on heritage grounds. Historic England recommends that the proposals are reviewed and redesigned to avoid this harm.’

Sarah has since written a letter to Herefordshire Council highlighting their concerns over the kitchen design.

‘These concerns underline the principle issue that externalising a traditionally low-status – and thus discreetly located – function on the garden elevation of the historic house would create an awkward and inappropriate contrast with this building’s traditional layout and character and result in harm to significance,’ she wrote.