Boris Johnson pledges no homes will be built on green fields 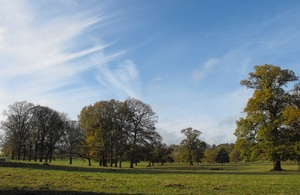 …houses should not be built on “green fields”…

BORIS JOHNSON yesterday said houses should not be built on “green fields” as ministers abandoned proposals for an overhaul of planning rules.

In a clear signal to the Tory heartlands that he had heard their concerns, the Prime Minister used his party conference speech to acknowledge fears that the countryside could be “desecrated by ugly new homes”….

The Daily Telegraph understands the most contentious aspects of the biggest overhaul of the planning system in 70 years have effectively been ditched, with ministers beginning again to find changes that will be less radical but more palatable to Tory MPs. Increasing construction on “brownfield” sites – reusing land that has been built on in the past – will be the new focus….

On planning, Mr Johnson said: “You can see how much room there is to build the homes that young families need in this country, not on green fields, not just jammed in the South East, but beautiful homes on brownfield sites in places where homes make sense.”….

The Prime Minister argued that his “levelling up” agenda, helping deprived communities improve economically, would “take the pressure off parts of the overheating South East” because fewer people would move there….